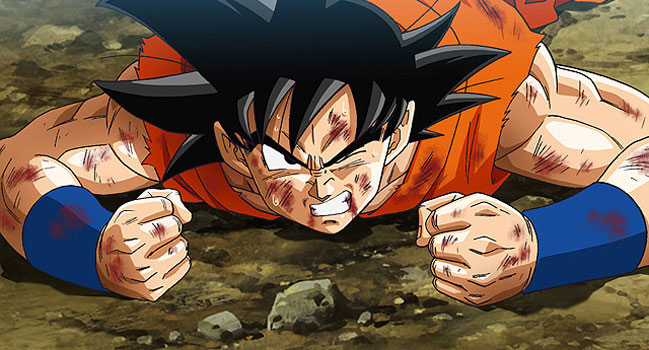 It is unusual to find a manga that marks so many people in a single generation. Dragon Ball wrote in the 90s, still continues its story, 30 years later with Dragon Ball Super. Relating the story of the now-famous Son Goku, Dragon Ball ends its success with the incredible odyssey Dragon Ball Z which reveals an extraordinary evolution of the character and the universe.

Dragon Ball Z has established itself as an essential manga in pop culture with numerous allusions in the musical and cinematographic culture.

Today we give you ten reasons to consider that Dragon Ball Z is the best manga.

We tend to forget it, but it’s hard to be very objective when selecting our favorites. The fact that this anime cradled our childhood undoubtedly changes our perception of what it is and probably locks it up forever as the legendary manga of our lives, and therefore the best.

Fans are even addicted to the saga’s collectibles.

If you are part of the Dragon Ball Z fandom, it is most unlikely that you never bought yourself some Dragon Ball Z merchandise with nostalgia. It could be any merchandise, from apparel to action figures, but you probably have a collection somewhere in your home.

It has marked generations.

If you ask a person between the ages of 18 and 30, “who is the best, Vegeta or Son Goku? “it is very likely that they will already have their own opinion on the matter because millions of children followed Dragon Ball Z in the 90s and everyone remembers it. It is often associated with our best years of childhood.

If you listen to a bit of rap, you’ll realize that references to the anime Dragon Ball Z are legion, the M of Babidi and Vegeta’s bitterness are subjects that come up very often. If so many successful artists decide to talk about these subjects, it’s because they have deeply marked them: Dragon Ball Z is the best manga, at least for many of these people.

The audience does not diminish.

Dragon Ball, Dragon Ball Z, Dragon Ball Kai, Dragon Ball Super: the story never ends, and for a good reason, the public continues to follow the story of Son Goku and his friends with great interest. One more proof of the superiority of this great series. Because yes, if your audience doesn’t decrease in 30 years, we can say that you’ve been quite successful.

Before being an excellent manga (the best), Dragon Ball is a standard reference model. There are many manga styles, but the most common type is the “shônen,” usually for boys; it is roughly speaking about stories of male heroes and fights.

Dragon Ball Z is one of the pioneer manga styles and will inspire many other great successes in the way it builds its story and its heroes (One Piece, Naruto, Bleach).

Many people only see the entertaining aspect of the story, but it is essential to remember that children are often marked by their watch. However, Dragon Ball Z transmits many values close to those of the Japanese tradition that can positively influence your children: the sense of honor and speech, never giving up, working to overcome adversity, etc.

The introductory music of Dragon Ball Z has become a classic of the theme of the 90s. Great work is recognized for all that it contains: the aesthetics and content of the story and its soundtrack. However, the music of Dragon Ball Z is all exceptionally well known and very successful; the work seems perfect in all respects, including musically.

One of Dragon Ball Z’s success markers is the continual adaptation of its history into video games. Even decades after the beginning of this adventure, new games are continually appearing, each one more elaborate than the last, sometimes even headlining the best-selling games of the new generation consoles: Dragon Ball Z Fighter Z, to name but a few.

A wide variety of characters

What makes the charm of Dragon Ball Z, and what indeed makes it the best manga ever is written, is also the diversity of the secondary characters, especially the “bad guys.” Each of the great antagonists of Dragon Ball Z has good reasons to be angry, no two are alike, and they all exude a crazy charisma: Freezer, Cell, Buu, so many unforgettable characters.

Few mangas have a universe as vast as the Dragon Ball saga. With no less than twenty FVOs and related films, Dragon Ball has created a universe even broader than that of its four different sagas, with the appearance of legendary villains such as Broly. They have marked the saga for life.